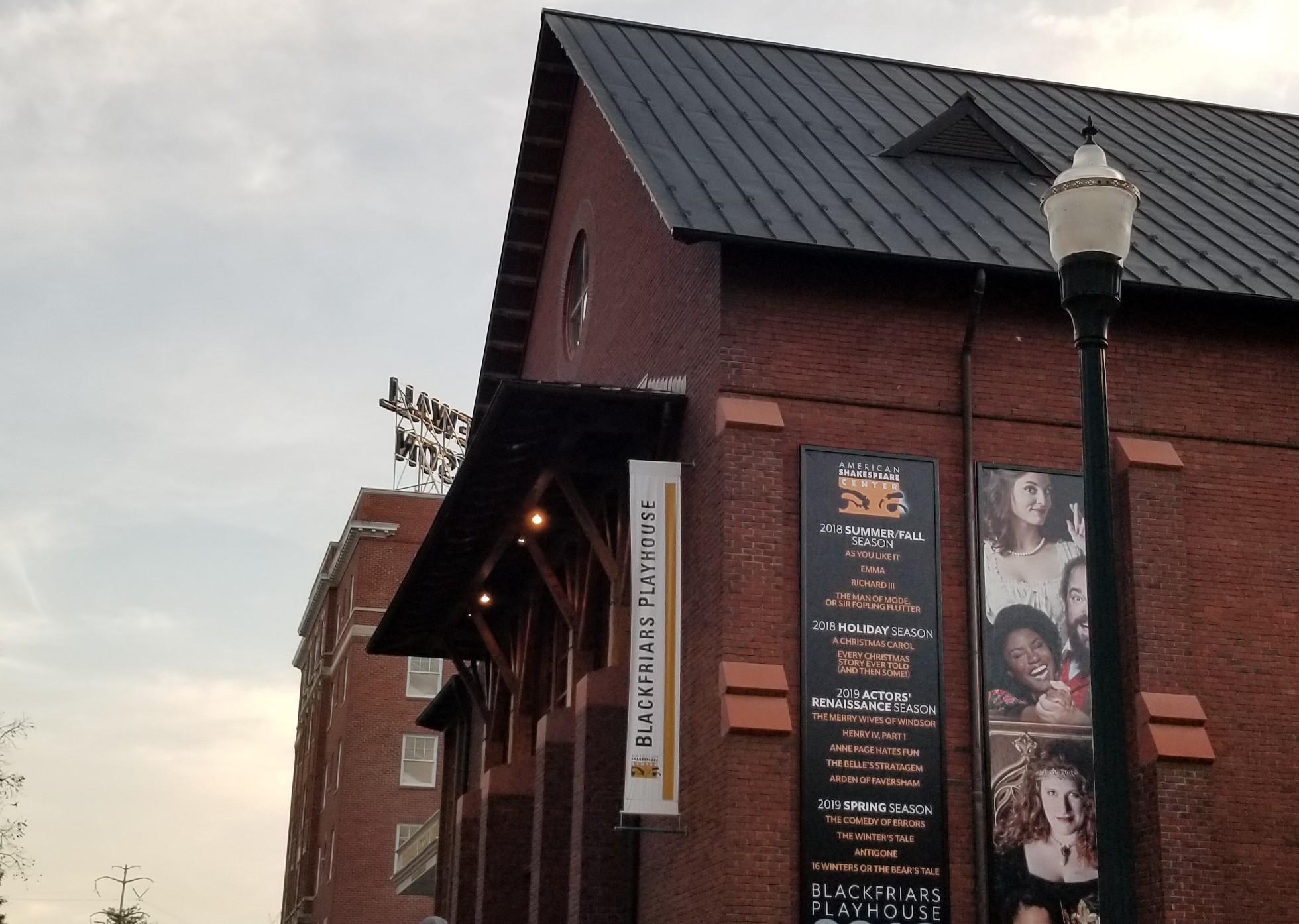 It’s a cool, sunny day. Kids chase each other with makeshift wands, shouting spells and quoting lines, amid hundreds of people in cloaks wandering around magic-themed streets at the town’s center. On the corner stands a massive brick playhouse—the only of its kind in the world and the main tourist attraction to this small Virginia town—bearing ominous posters of the plays of William Shakespeare.

This adventure offered a rare opportunity to observe some of Shakespeare’s plays as they were originally intended—the theatre’s tagline, after all, reads: “We do it with the lights on.” Its medieval-esque chandeliers cast hazy light on actors and audience members alike; musical concerts before performances and during intermissions set the stage for what’s to come, and actors play multiple roles, regardless of gender, over the course of a single play. In this, the theatre pays homage to the traditions of the past while also adding modern twists to productions.

Dr. Butler spoke a little about the academic goals of the weekend adventure. “I think it’s beneficial for my students to see the works of Shakespeare on stage. Part of the reason I keep taking students back to the Blackfriars Playhouse is that I think it does well at presenting these plays in a way that is both interesting and understandable,” he explained. Each of the four students who made the journey were in complete awe over the productions, from Jane Austen’s Emma (an adaptation of her novel by the same name) to Shakespeare’s Richard III and As You Like It.

And let’s not forget, students were able to nerd-out over the Harry-Potter-infused town during their free time. Julia Peach, a student on the trip, echoed the group’s sentiments in her comments about the trip. “Shakespeare and Harry Potter in one weekend was the best experience I’ve ever had,” she said. Joking about imitation butterbeer costing 3,000 ducats or else a pound of flesh, with reference to Shakespeare’s The Merchant of Venice, did seem to make the experience all the more fun.

It has become somewhat of a tradition for Catawba’s Shakespeare classes to travel to the Blackfriars Playhouse. “This is the fourth year I’ve offered the trip, and my students seem to enjoy it. I think it proves to be a valuable experience—providing insights that go beyond assigned readings or class lectures,” Dr. Butler explained. He also spoke about the uncertainty of future trips due to ever-rising costs but feels that—at least, for the moment—he will offer this experience to students again.

Regardless of whether or not the Queen City Mischief & Magic festival will coincide with future trips, professionally-acted Shakespeare plays accompanied by the town’s beautiful scenery are worth the journey to Staunton, Virginia. As Collin Weatherman quipped: “To go, or not to go: the answer was obvious!”  It remains a trip that none of the students are likely to forget.

From a Restaurant to a Crime Scene