Where are the Diamonds 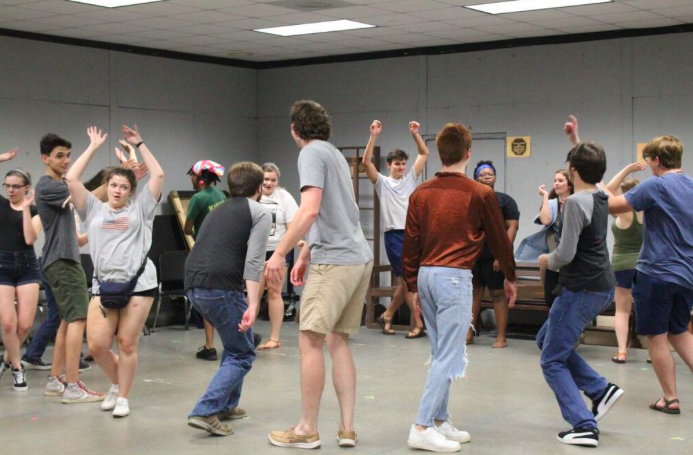 Along with other great theatre productions this semester, Catawba College should look out for our very own Where Are the Diamonds improv team. They lost several members last year, kicking off this year with only six original members. However, auditions were held, and the improv team has successfully added several new members, of all different years, to join a new barrel of laughs.

President of the improv team, senior, Charles Karvon, is very excited for the season this year. He believes that the improv team doesn’t need any changes and is going in the right direction –– maintaining a motto of “if it ain’t broke, don’t fix it.” Alum, Chaz Cable, guided Karvon in the right direction with the team, and the troupe chose Karvon as their new leader at the very end of last semester. This year, Karvon wants to focus more on a new training team and strengthening the bond between the improv members, which means more bonding time outside of rehearsals.

As mentioned before, the training team is a new addition to the improv team this year. It will allow anyone who wants to participate in improv to do just that. Per Karvon, “every Sunday from 1-3PM in the annex, any Catawba student is 100% welcome and encouraged to come improvise with the main team! The first hour will be joining us in our usual rehearsal and the second hour will focus on practicing a particular improv skill.” If a successful number of people show up to the training sessions, the goal is to make them a team of their own and even join in on the improv shows.

Karvon noted that he genuinely loves this team immensely and will “continue to do right by the team this year.” So, make sure to go out and support Karvon and the rest of the gang at upcoming shows! You can find event announcements on their Facebook page “Where Are the Diamonds – Catawba Improv Team.” Their shows are always a fun time and a great way to unwind from the stresses of college.